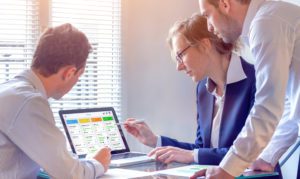 The SOLID principles of software architecture consist of a collection of guidelines that can help programmers build better software. These principles help developers build loosely coupled, cohesive systems that have high cohesion and low coupling.

In his book entitled Agile Software Development, Principles, Patterns, and Practices, Robert C. Martin introduced these principles. This programming tutorial talks about the SOLID principles of software architecture, and their benefits.

What are SOLID Principles of Software Architecture?

These principles can help you build resilient, maintainable, and extendable applications. Some of the benefits of adhering to the solid principles of software architecture include:

Types with many responsibilities tend to be coupled with one another. This coupling can lead to fragile designs and such classes become difficult to manage and maintain over time.

If you adhere to this principle, here are the benefits of the Single Responsibility Principle:

According to the Open Closed Principle, classes should be open for extension, (i.e., they can be extended but closed for modification and they should not be modifiable). When classes are open for extension but closed for modification, developers can extend the functionality of a class without having to modify the existing code in that class. In other words, programmers should make sure their code can handle new requirements without compromising on the existing functionality.

Bertrand Meyer is credited with introducing this principle in his book entitled “Object-Oriented Software Construction.” According to Meyer, “a software entity should be open for extension but closed for modification.”

When code is extended rather than modified, there is less risk of introducing bugs. It can also make it easier to understand code since the structure of classes is not changed when new functionality is added.

Extending classes is not always possible or desirable, however. In some cases, creating a new class with the required functionality may be better, rather than extending an existing class.

Here are the benefits of the Open Closed Principle at a glance:

The Liskov Substitution Principle, or LSP, is a design principle that states that replaceable and interchangeable types should behave similarly. The principle, which Barbara Liskov introduced in her 1988 paper, “Data Abstraction and Hierarchy,” states that, if you have a type T and a subtype S of T, then objects of type S should be substitutable for objects of type T.

It states that a child class should be able to be used in place of a parent class without any errors. This principle is essential for ensuring that software components are interchangeable and can be easily replaced without affecting the rest of the code.

The Interface Segregation Principle is a design principle that says you should “write client-specific interfaces, and make sure clients don’t depend on methods of other interfaces.” This means that, if you want to use an alternative implementation, you can do so without having to change any client code.

In other words, an interface should be designed so that clients only have to know about the methods they need to use. This principle is fundamental in object-oriented programming (OOP), where interfaces are used to define the contracts between objects.

Adhering to the Interface Segregation Principle can make a developer’s code more flexible and maintainable. This helps to prevent tight coupling between objects, which makes them easier to reuse and maintain.

Here are the benefits of the Interface Segregation Principle at a glance:

Here are several benefits to the Dependency Inversion Principle:

One way to achieve dependency inversion is through the use of abstractions. Abstractions can be created using interfaces or abstract base classes. By depending on abstraction instead of a concrete implementation, high-level modules can be easily changed to use different implementations without making any changes.

The SOLID principles of software architecture are guidelines that can help you write code that is reusable, follows the principles of object orientation, promotes loose coupling and high cohesion. These principles comprise a collection of best practices that you can follow to design and implement high quality software systems.

Disclaimer: We may be compensated by vendors who appear on this page through methods such as affiliate links or sponsored partnerships. This may influence how and where their products appear on our site, but vendors cannot pay to influence the content of our reviews. For more info, visit our Terms of Use page.