GitHub is arguably the largest online versioning control and code repositories on the planet, hosting over 200 million codebases from 65 million developers on their own platform. In such an environment, collaboration is key, and the development platform, which has been “home base” for development teams since 2008, executes its role almost flawlessly. As technology continues to change, so too must GitHub, and to that end, the company has announced some new features are coming to its product, GitHub Issues.

What is GitHub Issues?

GitHub Issues is an issue tracking and task management system that is integrated within every GitHub repository. It is a place where project managers and development teams can track issues that need to be addressed, modified, or worked on. These issues are essentially text-based descriptions of problems within the project attached to a particular GitHub repository. 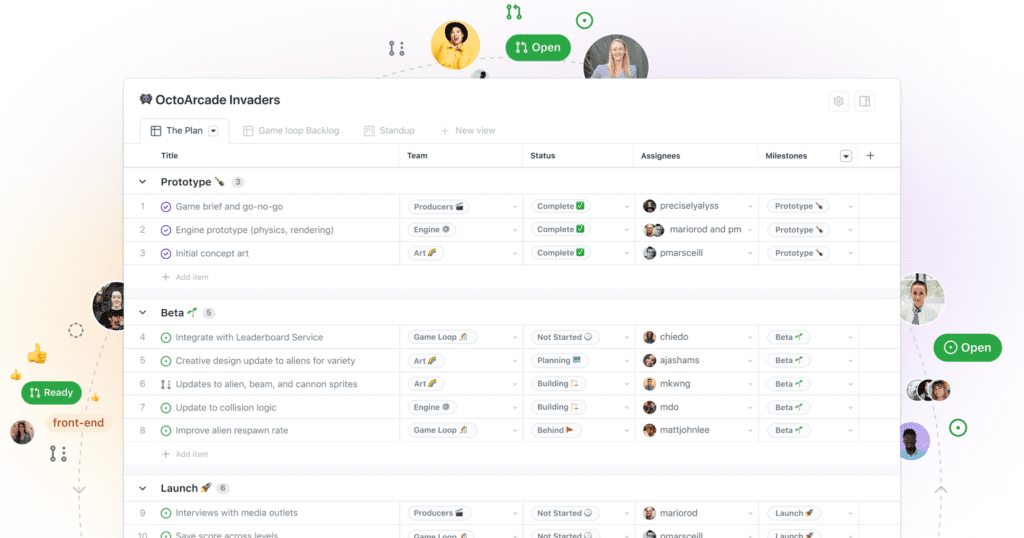 GitHub Issues has text fields that rely on Markdown formatting, meaning to that you can link Issues to other, related <0i>Issues and also tag team members, developer, or other users using the @mention tag.

GitHub Issues’ new features are currently in Beta, so developers will need to sign-up and be approved to gain access. Both personal and organizational accounts can join the Beta, so be sure to check your email once approved to get instructions for accessing the new features, which include the following:

GitHub Projects can be viewed as a spreadsheet that makes it easier to manage your development projects. Projects allows you to connect issues and pull requests in a dashboard-type interface, where you can then customize the layout. For example, apply filters, group issues, or pull requests, and sort by several data fields to prioritize tasks in your repository. Another great feature of Projects is known as bi-directional sync, which updates the “spreadsheet” any time that an issue or pull request gets changed.

The ability to switch the way you view a project is a powerful new feature added in Issues as well. Developers and project managers can switch between board views and table views depending upon their preferences. They can then save those preferred views and share them with other members of their team. Additionally, a new timeline view will be added, giving development teams a third “view” option.

Custom Fields and The Command Palette

Information is king, especially when working in a collaborative environment. One nice new feature of GitHub Issues is the ability to add custom fields to hold user-defined metadata pertaining to an issue. Add date fields, text fields, longer description or note fields, selection and drop-down fields, and more. Developers can even add emojis to their field values if text just isn’t getting the job done. A newly added command palette makes it so developers do not have to memorize keyboard shortcuts. Instead, simply press Ctrl+K if you are a Windows user (or Cmd+K for Mac OS users), and the handy command palette pops up, letting you filter, group, manage views, and sort on the fly. Change your layout, hide fields, reorder rows and fields, and save your favorite views without hunting down the commands.

Task lists let developers break work into smaller tasks when an issue or pull request arises so that they can more easily track them through to completion. The addition of progress indicators and the ability to convert tasks into a developer’s own issues makes this a truly powerful feature addition. Adding the task list to the body of an issue makes it so that if that issue is closed by another user, the referencing task will automatically be marked as complete. Users can also navigate work hierarchy using the tracked_by relationship. 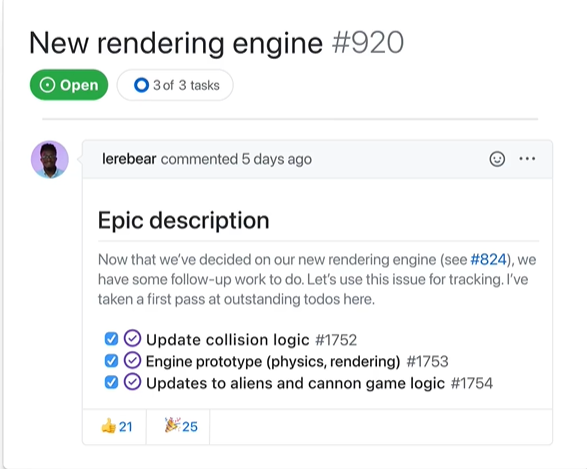 To learn more about GitHub Issues’ new beta features – and to find out about upcoming features – visit GitHub Features. Be certain to check out their FAQ section as well while you are there.