These open source IDEs, version control systems, text editors, frameworks and DevOps tools are among the most popular in use today.

By most accounts, developer interest in open source technology is thriving. According to a 2017 Black Duck Survey, 90 percent of IT workloads running today use open source code. In addition, 86 percent of organizations surveyed said their use of open source is either growing or remaining constant, and 48 percent said the number of developers they have contributing to open source projects is increasing.

So which open source tools are developers using?

This slideshow highlights 20 of the most popular source IDEs, version control systems, text editors, frameworks, libraries and DevOps tools. Please note that it doesn’t include programming languages, and it is not a ranking. And if you think we should have included other open source development tools in the slideshow, feel free to post a comment below. These open source IDEs, version control systems, text editors, frameworks and DevOps tools are among the most popular in use today. Boasting fast performance and outstanding ease of use, Git has become the world’s most popular distributed version control system. Much of that popularity has come from the rise of GitHub as an online repository for open source projects. In addition, Git offers a unique branching model that is ideal for large and distributed teams. Its well-known users include Google, Facebook, Microsoft, Twitter, LinkedIn, Netflix and many of the most popular open source projects. According to the PYPL Index of Top IDEs, Eclipse is the most popular integrated development environment (IDE) in the world, and it has been growing in popularity. Managed by the Eclipse Foundation, the project began as a tool for Java development. While Java remains an extremely important part of its ecosystem, Eclipse now also offers IDEs for C/C++ and PHP. And cloud-based versions of the tool also support Web technologies like JavaScript, CSS and HTML. Microsoft’s development tools are some of the most popular available, and now .NET Core is available under an open source license. It’s a modular platform for creating Web applications, and it runs on Linux and macOS as well as Windows. Supported languages include C#, Visual Basic and F#, and it boasts a lightweight footprint and fast performance. Visual Studio Code is the free and open source version of Microsoft’s Visual Studio IDE. It does not have as many features as the full version of Visual Studio and is more a text editor than a full integrated development environment. Best for Web application development, it has intelligent code completion for HTML, JavaScript, CSS and TypeScript, as well as syntax highlighting for C, C#, C++, Go, Java, Objective-C, PHP, Perl, R, Swift, Visual Basic and many other languages. In the past, JavaScript was used primarily for client-side coding, but Node.js has opened up new worlds, bringing JavaScript to the server side. During the eight years it has been in existence, this open source framework has become very popular, and many large Web companies like Netflix, LinkedIn and Groupon use it. Although originally sponsored by Joyent, it is now managed the Node.js Foundation. It is supported by several of the other open source development tools in this list, including NetBeans and Atom. In the 2017 Stack Overflow developer survey, Node.js was the second most loved and the number one most wanted framework, library or other technology. Sponsored by the Apache Foundation, Cordova allows developers to create native apps for Android, iOS, Windows and other platforms using Web development languages like HTML, CSS and JavaScript. Adobe PhoneGap is a popular implementation of the Cordova framework, and many other development tools also support both Cordova and PhoneGap. The website includes a library of apps that have been created with the technology. Extremely popular among GitHub users, Bootstrap describes itself as “the world’s most popular front-end component library.” It offers design templates and themes for creating user interfaces with HTML, CSS and JavaScript. The library is free and open source, but some premium themes require a fee. Another tool for Web development, Ruby on Rails promises to make creating Web applications more fun. It’s a server-side framework that uses model-view-controller (MVC) architecture. Well-known websites built with Ruby on Rails include GitHub, Basecamp, Airbnb, Hulu and many others. Created by Facebook, React is a JavaScript library for building user interfaces, and React Native is a framework for building native apps with React. In the 2017 Stack Overflow developer survey, React was the most loved and the third most wanted framework, library or other technology. Created by Google, Angular allows developers to build native mobile, desktop or Web apps using HTML and JavaScript or TypeScript. Its primary benefit is its cross-platform capability that allows developers to write code once and use it multiple places. In the Stack Overflow survey, it was the second most wanted framework, library or other technology. As artificial intelligence has increased in popularity, so have open source tools for adding AI capabilities to apps. TensorFlow is Google’s machine learning library for writing applications in Python. It’s popular with both researchers and developers interested in building big data analytics applications. Very popular with DevOps and agile software development teams, Docker allows developers to bundle up applications with all their dependencies into a container that can be easily deployed on any platform. According to the website, organizations that use Docker ship software an average of 13 times more frequently than other organizations, and it reduces onboarding time for new developers by 65 percent. Another tool for DevOps teams, Jenkins claims to be “the leading open source automation server.” It supports continuous integration and continuous delivery, and it runs on Windows, Linux or macOS. A large ecosystem of more than 1,000 plug-ins extend its capabilities. Like Docker and Jenkins, Chef is very popular with DevOps teams. It automates the process of server configuration and management, making it easy for developers to set up dev and test environments and then to push applications into production. It also simplifies the process of cloud deployment. Now owned by Red Hat, Ansible is another open source tool for automating DevOps workflows. It includes tools for app deployment and continuous delivery, as well as security, configuration management and more. It uses “playbooks” to simplify and standardize frequently repeated tasks. Beloved by generations of developers, the Vim text editor comes standard in Linux and macOS. It is highly configurable, supports hundreds of programming languages and has a large ecosystem of plug-ins. The PYPL index ranks it as the fourth most popular IDE. A long-time rival to Vim, the Emacs text editor is also a favorite among Linux users, and it has Windows and macOS versions as well. Key features include content-aware editing, extensive customization capabilities, full Unicode support and a large library of plug-ins. It was fourteenth on the PYPL list of popular IDEs. 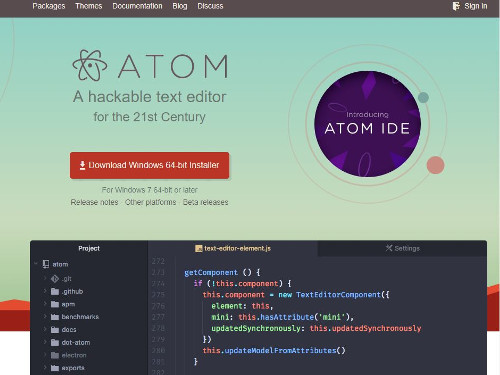 An Introduction to Bash Scripting