An annual survey of more than 80,000 developers published this week by Stack Overflow suggests there’s a lot of willingness among developers to adopt new tools and platforms. For example, React.js (41%) has surpassed jQuery (34%) as the most widely used web framework, but Svelte has emerged as the most loved.

Those types of shifts, however, don’t occur overnight. The .Net framework, at 34%, is statistically tied with NumPy, a framework written in C that generates Python code, as being the most loved framework. Visual Studio Code (71%) led the pack in terms of the integrated development environments (IDEs) being employed.

Rust, meanwhile, remains the most loved programming language for the sixth year in a row, but Python and TypeScript are the languages most programmers want to learn that they don’t already know. COBOL was listed as the language developers dreaded the most (84%), followed by Visual Basic for Applications (VBA) at 79%. 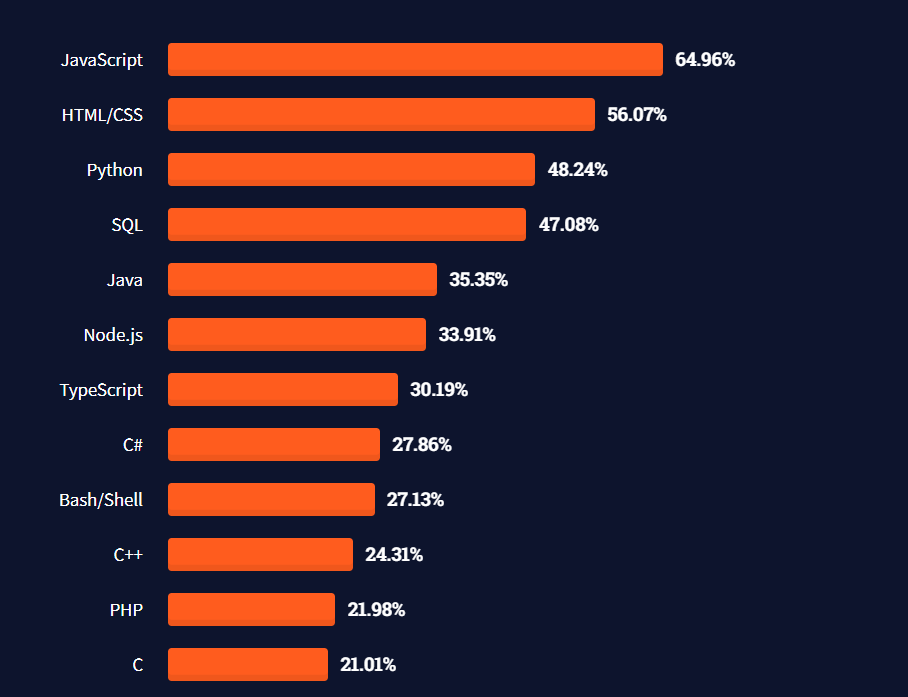 The survey identifies Amazon Web Services (AWS) as the most widely employed platform for building applications (54%), followed by Google Cloud (31%) and Microsoft Azure (31%). Nearly half of all developers (49%) are employing Docker containers. Nearly half of developers (45%) work on Windows, compared to 25% each for Linux and Macintosh operating systems.

Overall, the survey finds more than three-quarters of respondents (76%) are employed part-time. Developers, like many professionals, have become increasingly comfortable working for themselves since the start of the COVID-19 pandemic, notes David Gibson, Senior Data Analyst at Stack Overflow. “It’s part of the whole workforce exit trend,” he says.

The survey also finds half of the respondents (50%) have been coding for less than ten years, with an equal percentage having written their first line of code between the ages of 11 to 17. Well, over half (60%) said they regularly learn to code using online resources.

It would not be odd, in my opinion, to note that most developers, as a rule, are not especially fickle, but they do exhibit a strong proclivity to experiment. It’s not uncommon for developers to replace one tool with another once they determine that a new tool saves them time and effort. The challenge most developers encounter in the first place is, of course, finding the time to experiment with new tools, languages, and technologies.