Difference Between var, let, and const in JavaScript 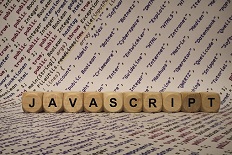 In JavaScript, variables can be declared using three different methods: var, let, and const. In this web development tutorial, we will discuss the differences between these three ways of creating variables.

In the early days of JavaScript, there was only one way to declare variables and that was using the var keyword. However, there were some issues associated with variables declared using the var keyword so it was necessary to evolve new ways for variable declaration. With the advent of ES6, now developers are able to define variables according to their specific needs, thanks to two new keywords: let and const.

All three of these three keywords have similarities in their syntax for declaring variables. However, they differ in their usage and scope, as detailed in the next section.

Read: Common Causes of JavaScript Errors and How to Avoid Them

Let us now discuss, in detail, how these keywords can make a developer’s code more efficient and how to use each keyword to declare variables in JavaScript programs.

How to Use the var Keyword in JavaScript

The var keyword has traditional variable declaration syntax. It is optional to initialize a variable with a value if it is declared with the var keyword. If developers do not initialize it with a value, JavaScript will automatically assign undefined to it, as shown in the following code snippet:

Variables that are declared with var keyword have function scope. Function scoped here means that they can be accessed only inside the function in which they are declared, as showcased in the following JavaScript code example:

Hoisting of var in JavaScript

Variables declared with the var keyword are subject to hoisting. If we declare a variable (but do not initialize it) at the end of the function, the JavaScript runtime will move it to the top of its scope and, therefore, there will be no complaint by the runtime if we use that variable before being declared.

Issues with var for Variable Declaration

One of the issues is that the variables declared with the var keyword can be re-declared or updated in the same scope. This could lead to a serious problem if we declare another variable with the same name in the same scope; the new value will replace the old one. Check out the following code-snippet for illustration:

Another issue with the var keyword is that if you declare a variable without the keyword var, then that variable will have global scope. To get a better understanding, consider the following code:

In the above code snippet, the JavaScript for loop will create variable x in the global scope. If you would create a new variable with the same name x and use it somewhere else in the program, then that new variable’s value will get overwritten.

The let Keyword in JavaScript

let is the improved version of var. let eliminates all the issues of var that we have talked about in the previous section. let has a similar syntax to var but has a more strict scope.

Note that the variable y declared with the let keyword is not accessible beyond the if block in which it is declared. If we would have declared it with the var keyword, then it would have been available, because var has global scope within a function. The following code snippet will help you to better understand this train of thought:

Another thing to consider is that let cannot be used before its declaration. If you do so, it will result in a ReferenceError.

Variables declared with the let keyword are not subject to hoisting. This means you cannot use a variable unless it is declared and initialized.

The const Keyword in JavaScript

The const keyword follows the same rules as the let keyword. The only difference with const is that const is used to define only constant values in JavaScript programs.

The scoping principles of const are the same as that of the let keyword. Like let, the variables declared with the const keyword will also have scope restricted to the block in which they are declared.

Some important pointers for const include:

const declares a variable with a constant value.
Use the const keyword if the variable that you are declaring should not be allowed to be reassigned in the future.