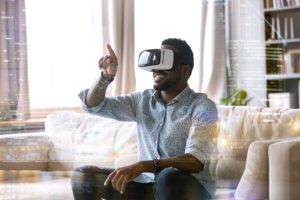 During the pandemic, game development companies saw a surge in revenue and interest in consoles and gaming titles, as homebound people looked for ways to entertain themselves outside of traditional means like going out to the movies, restaurants, or shopping at the mall. While those numbers have lowered a bit as the world has resumed (somewhat) normal operations, the fact remains that video games hold a place in popular culture that they did not enjoy even ten years ago.

With that being said, with that surge in gaming interest comes a need for those that create video games and work in the gaming industry in general. Video game development, while a branch of software development, does require some unique skillsets that creating traditional applications does not. In this programming tutorial, we highlight some of the best online courses to learn video game development from TechRepublic Academy – a site known for its vast array of virtual computer programming classes and certification prep.

Learn How to Develop Video Games

The courses below are targeted at individuals that are looking to learn how to create their own video games or land a job as part of a game development team. Most of these online courses focus on programming, but other elements of game creation – like storytelling, graphic design, project management, and testing – are also taught.

The Hands on Game Development Bundle: Make Your Own Games

The Hands on Game Development Bundle: Make Your Own Games course is actually several courses bundled together – which, if you have read our programming courses in the past, you will know we love. This particular bundle consists of ten separate video game programming courses, which teach students the basics of designing several different types of games – a very valuable curriculum indeed!

The first course starts off teaching pupils everything they need to know to create a micro-strategy game. The basics of resource management and strategy game mechanics are taught, as you code your way through a simulator game where players can build – and manage – a colony on the planet Mars. The popular game engine, Unity, will be used, which is an essential game development tool that will prove invaluable in your career as a game dev.

Course two is, perhaps, even more valuable, as it covers the fundamentals of programming in C++. If you are not aware, C++ is, arguably, the most popular language for video game development in the world and is commonly used for creating games for consoles like the Xbox and PlayStation. Modern Warfare, for example, was built using C++.

In course three, students move into web applications and multiplayer, online game development. You will learn JavaScript and the Node.js framework to build APIs, which are essential for online applications. This is followed up by course four, which covers some cool game development topics. In particular, students will learn how to use the free and open source Godot game engine to build a 2D platformer game from scratch. If you are not familiar with the term, an example of a 2D “platformer” would be Super Mario Brothers (a 3D platformer would be Little Big Planet). At the end of course 4, you will have a complete game under your belt, which you can share with friends and use as part of your portfolio when you begin looking for jobs in the gaming industry.

Course five in this online course bundle for game developers moves away from 2D graphics into 3D graphics, as pupils work with Unity and Adobe Mixamo to create dynamic humanoid animations. Not only will you create 3D character models, you will also learn how to rig and animate them as well. From there, it is on to course six, which has you dive into augmented reality (AR) development. By the end of course six, you will learn the foundations of AR game development and how to create an AR spaceship shooting game using Unity.

Courses 7 and 8 build on the foundations of earlier courses, augmenting the skills you learned while creating the strategy and platformer games.

Finally, the last two courses in the 10-course game development bundle teach you how to build mobile game for iOS and Android and – our personal favorite – how to program a text-based dungeon crawler RPG (similar to Dungeons and Dragons) using the C++ programming language.

You can sign up for this course and review more of its curriculum by visiting its listing page on TechRepublic Academy: The Hands on Game Development Bundle: Make Your Own Games.

The Zero to Hero HTML5 Game Developer Bundle makes our list not just because its a bundle of 8 great courses for beginning game developers, but also because it focuses on creating games in three languages: Python, JavaScript, and HTML5, with a particular focus on HTML5.

The first game creation course in this bundle is all about making games in Python 3. Not only will you learn basic Python programming, which you can use to create desktop software and web applications, but students will also create their very own Frogger style game with the popular Python gaming library, Pygame. No previous experience in programming or Python is required for this portion of the bundle.

The second course lasts two and a half hours and covers how to create HTML5 web-based games. JavaScript, too, is sprinkled in as well, making this portion extremely valuable to would be software developers who have a focus on web development. What’s more, by the end of the course you will have created a game demo in the style of Zelda from the old NES/Nintendo gaming system.

Course three is a heavy hitter and builds on the fundamentals of web development. In particular, you will learn how to use web frameworks like Metero.js to build responsive web apps. Adding in some MondgoDB, pupils get to create user sign-up forms with authentication and data validation. Bootstrap 3 and the Phaser game engine are taught also, rounding out this 7 hour class.

Courses four and five continue along the web app and online game environment, teaching the basics of Document Object Model (DOM) manipulation, the DOM API, basic HTML, CSS styling, and client-side form development. HTML% and Phaser 3 are also discussed in an intermediate level, building up what you learned in course three.

The last three courses in this online game development course bundle help students shore up their HTML5 and JavaScript knowledge, while also preparing them for a career as a game developer by adding three more game demos to their portfolio. By the end of these three courses, you will have created a defense tower style game in HTML5 and Phaser 3, a mobile game with JavaScript, and an arcade-style platformer game, similar to Super Mario Brothers.

The Complete Online Game Developer Bundle from TechRepublic Academy is a great bundle of game dev courses that makes our list for two reasons: first, students will get to create 10 different types of games (or, at the very least, demos) that they can use a skeleton to build full-fledged games or as a portfolio once they begin looking for a job as a game developer. Second, students get to learn several different game development tools, including Godot, Unity Game Engine, and Unreal Game Engine.

During this 10-course game programming series, students will learn the fundamentals of how to create the following types of video games:

Disclaimer: We may be compensated by vendors who appear on this page through methods such as affiliate links or sponsored partnerships. This may influence how and where their products appear on our site, but vendors cannot pay to influence the content of our reviews. For more info, visit our Terms of Use page.