While developers deserve most of the credit that comes from today’s video games that amaze our eyes and ears, software development tools are the unsung heroes that make it all possible. If you are seeking the best video game development tools to build the next gaming blockbuster, here are some that should fit your needs so you can transition from concept to completion with incredible speed.

From PlayStation games to GameCube games, below you will find a list of the best video game developer tools on the market. The options shown are in no particular order; nor is this an exhaustive list by any means. For example, tools such as Unreal Engine and Unity are not on this list. Neither are developer libraries like Python’s Pygame module. The video game creation tools listed here are highlighted as options to improve your games versus full-fledged video game development platforms or gaming libraries.

How much of a speed difference can using Incredibuild make? According to their website, you can do 10x daily iterations, enjoy 10x faster shader compilation, 6x faster lightmap baking, and accelerate some development tasks by up to 30x. Add it all together, and Incredibuild says it can help you achieve 8 hours of work in 30 minutes of build time.

Also worth noting is Incredibuild’s integration with Amazon Lumberyard, CRYENGINE, and Unreal Engine to make them all perform builds even faster. One major benefit of Incredibuild is the fact that it can compile games simultaneously across all platforms, regardless of configurations. By some accounts, Incredibuild was able to cut Unreal Engine build times by 90%.

This open-source suite lets video game developers jump into 3D modeling and animation at no cost. Use it to create 3D assets, edit existing files, or render complete scenes. And since it is open-source and has a massive community, you will get to choose from a wide variety of plugins like face rigs and presets to make the development process easier. Not only does Blender allow for 3D modeling, but it lets game designers work through the entire game development pipeline. You can create virtually any type of game asset in Blender, including images, movies, and printable models. The software also lets designers model, sculpt, perform UV Mapping, add texture and lighting, render, and animate.

Blender has two rendering options for game devs – Eevee (a rendering engine that lets you render in real-time) and Cycles, which is used for path tracing. Cycles is lauded for its realistic lighting in particular.

Blender also features a robust Python API for custom scripting and integrates with a host of pipeline tools.

The process of bringing a video game character to life used to take a ton of time, cash, and effort to complete. Thanks to a program like Character Creator, though, that is no longer the case, as you can add highly realistic characters to your stories with ease. Best of all, CC Pipeline lets you seamlessly export into your rendering software or game engine of choice. 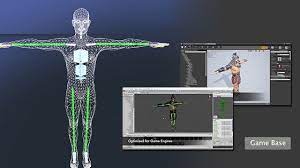 Creating characters with CC Pipeline is a breeze by tweaking characteristics like age, body type, weight, etc., or purchasing custom sliders from the community-driven market. Whether you want to import new morph meshes to make custom morphs or use existing morphs to create your own, this video game development tool puts all of that creative power at your fingertips.

Features of Character Creator include a digital human shader that uses Sub-surface Scattering (SSS) and Micro-Normal technology to create realistic eyes, skin, and hair. Along those same lines is the SkinGen feature, which adds makeup and blemish abilities when creating flesh and hair on characters. Morph and outfitting for conforming clothes, facial morphs for simple lipsyncing, and Physical Based Rendering (PBR) round out Character Creators strengths.

Artists use Houdini FX for various 3D animation purposes, from video games and virtual reality to commercials and even feature films. It is a quick and solid solution for procedural generation and simulations, so whether you need to generate smoke or entire buildings, you will be able to do so and much more here. 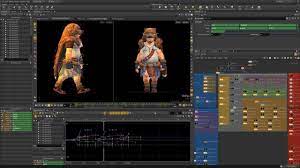 Add in Houdini’s massive community and impressive suite of products, and it may become your go-to whenever your project calls for complex visual effects.

Houdini FX has a complex pricing structure, which is best reviewed on their purchase page, though there is a “free” learning edition user’s might want to check out before diving in.

Mixamo is a video game development tool from Adobe that is all about animation. Once you register with this online platform, you can download characters and animations (thousands of them) at no cost. 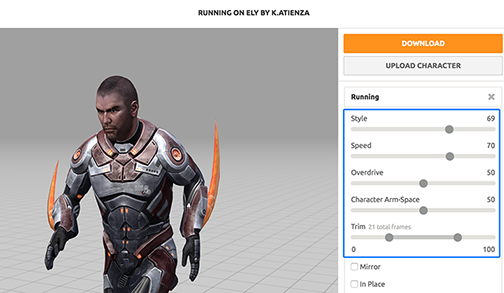 Using Mixamo is as simple as picking your character, animating it, saving it as a suite, and downloading it. Thanks to the tool’s auto-rig feature, you can preview and download your character’s animations within minutes. And as long as you have an Adobe account, you should be good to go, as you do not have to download the program since it is hosted in your browser.

One of the most critical steps of video game development is testing to see what system requirements are needed to run your masterpiece as intended. With GameBench, you can assess your game’s impact on various types of hardware with ease to ensure you provide a top-notch user experience.

All in all, GameBench is a solid video game development performance analysis tool that allows programmers to monitor and analyze video game performance on different devices, platforms, and networks to gain benchmarking insights for QA and debugging, among other things.

While many feel games are all about graphics and performance, you still need superb writing and dialogue to capture your audience’s attention. That’s where a video game development tool like CeltX comes into play, as it is a scripting software solution that offers flowcharts and scripts that can bring your story’s concept to life. Over six million people use CeltX’s impressive catalog of tools, and if you need to focus on writing, you can do so thanks to its scriptwriting, storyboard, and index card features. CeltX is easy to use, has an intuitive interface, and works wonders for real-time collaboration with other team members, which can speed up the creative process and ensure everyone’s on the same page.

CeltX has several pricing structures depending upon the size of your company, whether it is for individuals, or for educational purposes. Pricing also depends on the purpose of the software – for example, if you are an individual using CeltX for Scriptwriting, the cost if $15 per month versus $27 if you are using it for game production. Learn more on their pricing page.

Quixel boasts “the world’s largest and fastest-growing scan library” for movies and games. Its Megascans offer tremendous depth and quality and are used by the top AAA and VFX studios to make work fun and easy. 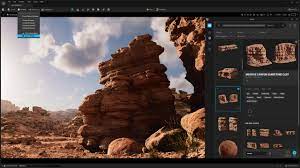 You can create beautiful scenery quickly with thousands of 3D assets, vegetation, tileable surfaces, decals, atlases, imperfections, and more at your disposal. Just download the assets you need and export them into the engine of your choice.

You can have the most outstanding game development team on earth, but if they can not collaborate properly, you will run into issues. Helix Core is version control software that makes collaboration simple by instantly updating source code, letting you share digital assets, and more so your team’s workflow is never interrupted. With 19 of the top 20 development studios using this software, it has to be good. As its name suggests, SpeedTree is a go-to for blockbuster movie and game developers that call for the creation of trees, shrubs, and other types of vegetation. And while it produces a beautiful end product, the fact that SpeedTree can do it within seconds is even more impressive. This video game development tool boasts a new catalog of 150 plants, trees, and shrubs scanned from an arboretum in North Carolina for maximum realism. Use it to make season changes in minutes or tweak the color, contrast, or tone of textures with ease.

Large open worlds are becoming more prevalent in gaming, which is where a tool like SpatialOS can come in handy. This software development kit lets you create massive and immersive worlds, but it is still a little rough around the edges. If you like to focus on the multiplayer experience, you will get that here, as SpatialOS lets developers bring hundreds or even thousands of players together via dynamic virtual worlds.

If you’re looking to play around with editing and hone your skills in your free time without having to use Photoshop, Krita may be right up your alley. It’s free and open-source, which is a plus, but it lacks the polish of Photoshop’s actions and brushes. Use Krita for concept art, illustrations and comics, and its texture and matte painter features. For beginners who don’t need the utmost level of realism from their 3D models, Daz3D may suffice. It is a video game development tool that gives you the power to create characters and custom scenes within seconds, but some say it is not as visually stunning as similar options on the market.

With Daz3D, you can find 3D models and assets from a wide variety of categories, such as places and things, animals and creatures (probably its most robust feature), people and wearables, and animation and poses.