Java is a leading programming language. It is also one of the first languages I – and many others like me – learned, in part, because of its popularity. It is a high-level, object-oriented, and class-based language meant to be an all-around general-purpose language. Java allows programmers to “write once, run anywhere,” as in after code in Java has been compiled, it can run anywhere – thus, Java is supported without needing to be recompiled again. The syntax of the language is similar to C and C++.

For an introduction to Java and Java programming tutorials, check out our Java section.

For additional classes on Java check out TechRepublic Academy!

Integrated Development Environments, or IDEs, are handy applications that allow computer programmers to develop applications, in one programming language or more, with a certain kind of assistance. Typically, IDEs come with a source code editor, a debugger, and build automation tools (which assist in the software build process, like compiling source code into binary code, packaging said binaries, and running automated tests). Some IDEs come with a compiler interpreter, like Eclipse or NetBeans; others do not and would then need to be compiled using other tools like Javac.

Choosing which IDE to work in is a crucial decision to make for optimizing a developers’ workspace and process. Below are ten options for IDEs and why you might want to consider them, given in no particular order.

Maintained by the Eclipse Foundation, the Eclipse IDE platform is frequently cited as one of the big three IDEs that are most often used for developing in Java, along with IntelliJ and NetBeans. Eclipse is available on Windows, MacOS, Linux and Solaris, and has been continued to be maintained since its release in 2001. 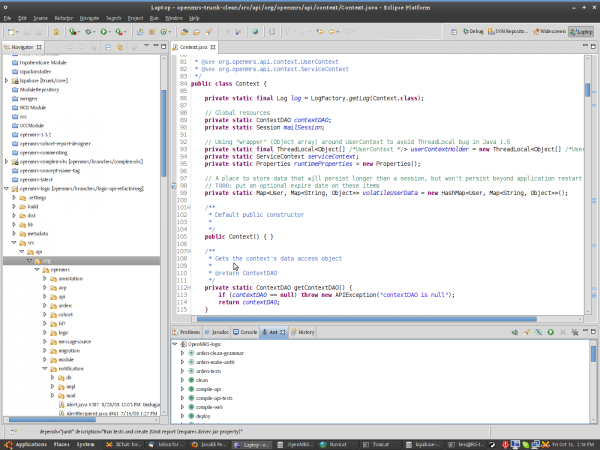 One of Eclipse’s main features is the utilization of plugins for additional functionality. On the Eclipse Marketplace, there is a library of plugins that developers can take advantage of or contribute to. Programmers who want to add specific functionality to Eclipse, such as wireframing for a new project, can do so by using Eclipse’s own Plugin Development Environment (PDE) and marketplace. Via these plugins, one could also develop in several other programming languages, including JavaScript, C, C++, Haskell, Groovy, Clojure, PHP, Perl, Ruby, Rust, and Scala.

To aid in a developers’ development process, Eclipse boasts tools for modeling, charting, testing, and reporting. Eclipse also comes with a built-in custom compiler to directly facilitate Java development. Eclipse is currently available for free as both a desktop application and a cloud-based browser app called Eclipse Che.

First released in 1999 and made free and open source in 2009, BlueJ is an IDE developed purposely for educational purposes. Built for the learning and teaching of object-oriented programming, it’s no wonder that this IDE was for many scholarly computer scientists their first IDE. Developed by educators at King’s College London and maintained by Oracle, what makes this IDE unique is in its user interface.

With BlueJ, object-oriented concepts (classes, objects, and method calls) are represented with an interactive visualization similar to Unified Modeling Language. BlueJ emphasizes class structure by portraying the code graphically, making it easy to create, manipulate, and test objects. This IDE also comes with community and educational support in the form of both online and published texts. Perfect for small-scale development for Java beginners and pros alike, BlueJ is available on Windows, MacOS, and Linux systems.

IntelliJ IDEA is another of the big three Java IDEs. Able to perform on Windows, MacOS, and Linux, it is available in both a proprietary commercial edition, and a licensed community edition. Out of the box it comes with a debugger, decompiler, test coverage, test runners, integrated version control with Git and others, Docker deployment, collaboration cloud support, and an embedded terminal.

Not only does it support multiple languages and frameworks, IntelliJ boasts a proprietary AI run auto-completion tool set with cross-language refactoring and data flow analysis allowing developers to better understand and simplify their own code. IntelliJ also features smart completion, chain completion, and language injection, which makes Java developers’ process easier in testing code as it reacts to other languages. This IDE is the ideal choice for Java developers of all levels working within several frameworks.

DrJava is another educationally focused IDE, developed and maintained at Rice University. It is a light-weight Java Integrated Development Environment purposefully built for beginners and students. This IDE is indeed a simple application that is not as powerful as some of the other big names, but the attraction is in DrJava’s simplistic design with its clutter-free user interface. DrJava has the added feature of being able to interactively evaluate Java code from a console and can also display the output to that same console.

For more experienced programmers, this application allows for automatic indentation, brace matching, go to line, find/replace, commenting, syntax coloring, and auto-completion. It is available for free under the BSD License and for the Windows, MacOS, and Linux systems. Considered one of the best of the lightweight Java IDEs, JGRASP is available on Windows, MacOS, and Linux. JGRASP has a workbench for Java developers, a compiler, and an integrated debugger. It also creates static visualizations of source code structure and visual representatives of data structures at runtime to better analyze the coding work being done. This IDE was specifically built for beginners to programming and is perfect as a demo IDE for school students. Red Hat’s acquired Codenvy, now CodeReady Workspaces, was a contributor to the Eclipse Che platform. Now, Codenvy is a commercial IDE built on top of that Eclipse cloud platform with three versions Java developers can choose from: developer, enterprise, and team. 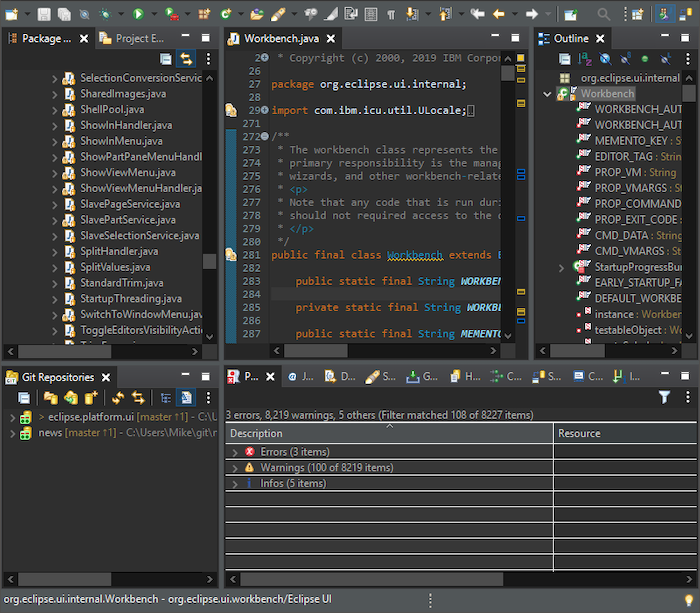 Being based on a cloud platform, Codenvy is an on-demand development workspace and a Service as a Software platform (SaaS). As such, Codenvy Java programmers can not only take advantage of its in-browser editor, but also Codenvy’s other features, like refactoring, code completion, and syntax highlighting. Codenvy’s editor further makes a developers’ life easier by including an effective interface to build, debug, edit, test, and run different projects. Additionally, there is support in Codenvy for various other languages including C++, C#, PHP, and JavaScript.

This cloud-based platform is aimed towards collaboration, and Codenvy is built with scaling in mind. And with a planned enabling of remote docker containers it would make this platform an ideal ecosystem choice for an organization of any size and growth.

Apache’s NetBeans, developed by Oracle, is a free IDE, and the last of the big three Java IDEs mentioned. It is available for Windows, MacOS, Linux, and Oracle’s Solaris systems. This open-source application allows Java programmers to develop mobile, desktop, and web applications out of the box. The functions of NetBeans are contained in modules, each providing a specific functionality like Java language support, editing, and support for Concurrent Versioning System. These modules can be added on using extensions from the community library. Furthermore, this library can be used to get extensions for development support in other languages and add on new features as well. Built-in tools allow for code refactoring, and the IDE itself is available in 28 different languages. This application comes with an IDE, and compilers for Swift and C/C++/Objective-C. It also boasts tools for analyzing and simulating code execution with an inbuilt debugger, a GUI builder, and command line tools. Xcode now also includes cloud tools in tandem with Xcode Cloud for team development as well as GitHub, BitBucket, and GitLab features for source control. It is, however, only available on MacOS.

A versatile application, Visual Studio Code is a first-party application by Microsoft. With a debugger, built-in compiler, syntax auto-completion, and the frequently updated technical support of Microsoft, this IDE is already a powerhouse of an app. It also allows for multiple open projects, like Eclipse, to be displayed in a cohesive user interface. On top of all that, VS Code features a library of in-house and community developed plugins that allow for coding in more languages, syntax auto-completion and highlighting in those languages, network support, and much more. VS Code is available in Windows, MacOS, and Linux systems. 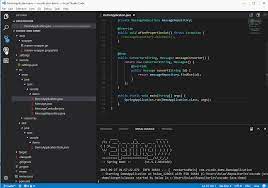 All of the Java IDEs on this list are good options for developing in Java and other programming languages. Consider them as you work and pick one that fits with your particular style or an organizations’ process. There are development environments for all levels of programmers and for all manner of scaling. Something like JGrasp would be perfect for a high school student, or even a classroom, getting used to learning to code and learning Java whereas an IDE akin to Codenvy would be ideal for a scaling up corporation with remote teams. In my case, Visual Studio code is my current preferred IDE for its first-party support and interchangeable toolset. It is important to explore any application that catches your eye, making sure that whichever one you choose to invest your resources in fills your needs whether solely for Java development or more.