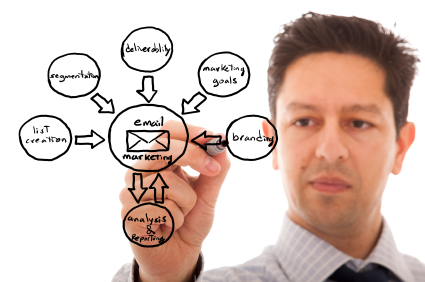 The Model View Controller is an architectural pattern that facilitates the development of applications that can be developed, tested, and maintained with ease.

This article talks about the MVC, MVP and MVVM patterns.

History of the Model-View-Controller

It was in the year 1979 when Trygve Mikkjel Heyerdahl Reenskaug, a computer scientist, invented the MVC design. He sought to devise a method for breaking down a large user application into smaller, more manageable components.

The MVC pattern was originally used in Small Talk programming language. Model-View-Editor was one of the initial names for the pattern, however it was changed to Model-View-Controller. The MVC pattern was widely employed in desktop applications throughout the 1980s and early 1990s. It became widely popular, in late 1990s.

Design patterns are recommended solutions and practices to common problems often encountered in software applications. While an architectural pattern deals with the overall structure f the application, a design pattern is concerned with how a component in the application should be built.

Architectural patterns deal with how the system’s primary components work together, how messages and data flow through the system, and other structural considerations. Architecture patterns use several component types, each of which is often made up of smaller modules.

The model has no understanding of the view or the controller. It usually alerts its observers when there is a change.

The primary goal of the MVC pattern is to separate concerns to ease testability. The MVC pattern allows you to segregate the problems while making your application’s code simpler to test and maintain.

The benefits of the MVC pattern are:

Albeit the advantages, the MVC pattern has certain downsides as well:

Components of the MVC Pattern

The components of the MVC Pattern are as follows.

The model stores data and communicates directly with the database. This is where all data and related logic for the application is stored. It is responsible for defining business rules that govern data handling and how data is modified or processed. The model is not aware of the controller and view and usually notifies its observers of any changes in the model.

The view displays the model’s data and is responsible for how the data is represented in the user interface and how the end-users interact with the application. The view is the visual representation of the model’s data shown in grids, tables, charts, diagrams, forms, and other similar elements.

The controller controls how a user interacts in MVC applications. Controllers process incoming requests and handle user interactions and input. They also execute the appropriate application logic. In other words, the controller receives the input from the user, verifies the input data, and then executes the appropriate business logic that changes the data model’s state.

Variations of the MVP Design Pattern

The ModelView-ViewModel (MVVM) design pattern is a variation of Martin Fowler’s Presentation Model Design Paradigm that builds on the popular MVC pattern. The ViewModel helps separate the presentation layer. The presenter contains the business logic in the MVVM design pattern, and the view is isolated from the model.

The view component is aware of the presenter even if the presenter is oblivious of the view. The presenter represents an abstract view of the user interface. A passive view has no understanding of the model. The view is active in the MVVM design pattern and includes actions, events, and data binding information.

It is important to note that in MVVM, the view doesn’t maintain state information; instead, it is synchronized with the ViewModel. In MVVM, the ViewModel isolates the presentation layer and offers methods and commands for managing the state of a view and manipulating the model.